Aimee Semple McPherson was the most famous female evangelist of all time.  Christianity Today magazine praised Richard Rossi's two films on her life, (a documentary, and a feature daramtic film), as going "much deeper" then anything done on her remarkable journey and ministry before.

Richard is raising funds for distributing "Canaan Land," a contemporary fictional film of a female evangelist in the 21st century seeking to spread the gospel like Sister Aimee did in the Roaring Twenties.  Visit the page for that film at http://www.gofundme.com/CanaanLand.

Our awardwinning feature dramatic film "Sister Aimee" is streaming now on Vimeo. You can watch it HERE: https://vimeo.com/ondemand/sisteraimeefilm

You can get new DVD Sister Aimee 10th Anniversary edition at Amazon contains BOTH of Richard Rossi's films on Aimee: https://www.amazon.com/Sister-Aimee-Anniversary-Billy-Adams/dp/B00FM8ECTA/ref=sr_1_9?ie=UTF8&qid=1519235406&sr=8-9&keywords=sister+aimee

Or to buy the films individually, here's the details:
SAVING SISTER AIMEE: Sex...Sin...Salvation! Sister Aimee was the most famous female evangelist of all time, healing the sick and raising the dead, stopping the rain in Kansas, and cavorting with Charlie Chaplin. Then she vanished mysteriously in 1927 at Venice Beach. The female faith-healer with a longing to be touched in a human way became the greatest Hollywood scandal and mystery of all time. Aimee was front page news! The few people who knew the truth were in their 90's and near death when they decided to spill the beans nearly 75 years after Aimee disappeared. Richard Rossi reveals the shocking truth by interviewing three eyewitnesses who break their silence. Sister Aimee's daughter Roberta Salter speaks freely for the first time. Roberta granted Richard Rossi an interview shortly before she passed away to set the record straight. Also interviewed in this Oscar-considered film are the McPherson family secretary who gave only one interview to Richard Rossi before her death. McPherson's leading man in her theatrical sermons confides in Rossi days before he passed away in his one and only interview in which he reveals secrets of the legal battles and hidden plans of Aimee loyalists fightng over her legacy. Finally, "Saving Sister Aimee" is available for a limited time on DVD. See the controversial film the Pentecostal church does not want you to see. Find out the shocking truth as fearless filmmaker Richard Rossi rips the lid off the secret legal wars to suppress the secrets of Sister Aimee. Directed by Richard Rossi Edited by Jaime Prater.
Here's link to buy "Saving Sister Aimee," Richard's Academy Award-considered documentary. Click HERE:
http://www.amazon.com/Saving-Sister-Aimee-Semple-McPherson/dp/B0055EHWDY/ref=sr_1_2?ie=UTF8&qid=1380957268&sr=8-2&keywords=saving+sister+aimee
The page cannot be displayed.
RICHARD ROSSI'S 2ND FILM ON AIMEE: THE DRAMATIC FEATURE "SISTER AIMEE" (2008)
Rance Howard, veteran actor and father of director Ron Howard, saw Richard's Oscar-considered documentary "Saving Sister Aimee." Rance encouraged Richard to move forward with a follow up film, a dramatic feature using actors to tell the story of Aimee's life from her conversion to Christ as a teenager until her death. Click here to watch the trailer for Richard's 2nd follow-up film on Sister Aimee, the feature dramatic version entitled "SISTER AIMEE: THE AIMEE SEMPLE MCPHERSON STORY": http://youtube.com/watch?v=SvBovQ6Hczc 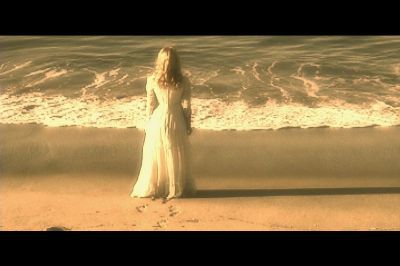 Aimee awaits the ocean of Heaven's embrace to wash over her in the dramatic feature "Sister Aimee: The Aimee Semple McPherson Story," available now at Barnes and Noble, Amazon, Netflix, and Blockbuster. Thank you for visiting. Richard Rossi, star of films like "Closing Doors" (Anne Caballero, Director) and "Live Fast, Die Young," (Tim Chey, Director), and "Judy" (Jaime Prater, director) wrote, directed, and acted in "Sister Aimee" through the Screen Actor's Guild Experimental Film Agreement.
GET THE SCRIPT
The new book, "SISTER AIMEE: THE AIMEE SEMPLE MCPHERSON STORY" contains Richard Rossi's thoughts on the famed female faith-healing evangelist and also his screenplay from his feature film about her. Read word for word the critically acclaimed script. Click HERE: http://www.amazon.com/Sister-Aimee-Semple-McPherson-Story/dp/148410837X/ref=sr_1_4?ie=UTF8&qid=1366738753&sr=8-4&keywords=sister+aimee+rossi
THE DRAMATIC FEATURE: SISTER AIMEE
Sister Aimee: The Aimee Semple McPherson Story is a movie about the female faith healer who vanished mysteriously in 1927 near Venice Beach. Our movie was heralded at European film festival exhibitions of the rough cut. Our film is now finished and was voted the greatest guerrilla film of all time on Top 100 list, set attendance records at the Quentin Tarentino-owned New Beverly Cinema, was nominated for best feature dramatic film in Milan, and stars Mimi Michaels, Rance Howard, Kiera Chaplin, Richard Rossi, Carl Ballantine, Teres Byrne, Charles Hoyes, Chad Nadolski, Michael Minor and a stellar cast.
Rance Howard delivers a strong performance as Aimee's father, Mimi Michaels is riveting in her Oscar-worthy portrayal of Aimee, and the whole film is well-acted with a cast who are masters of their craft. We pray the film inspires you in your calling and is a reminder of God's unconditional love and grace.
The page cannot be displayed.
ABOUT THE DRAMATIC FILM: A WORD FROM THE DIRECTOR 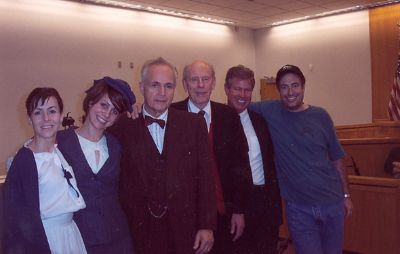 My name is Richard Rossi, writer and director of Sister Aimee:The Aimee Semple McPherson Story. With the dramatic feature, I was inspired stylistically by European filmmakers like Fellini and Bergman. Bergman's close-ups of the hands and faces of the two women in "Persona" gave me a sense of their inner loneliness. I wanted to make our film character-driven, because I knew our movie would not be the epic with a cast of ten thousand extras, but rather an intimate character study, an honest exploration of the pain behind a spiritual healer.

I was inspired by guerilla filmmakers of varying ability for their determination to get their movie made with no budget, from Kevin Smith to Robert Rodriguez to Ed Wood. God was with us. We took a leap, and the net miraculously appeared again and again and again. A woman shows up with food for the entire cast because "God told me to provide craft services as a gift to you." One particular day when I had no film or money but showed up on set by faith, someone else delivered me film because "I was praying and the Spirit said, "Richard needs film.'"
The way shooting started was Associate Producer Jeff Griffith showed up at my house and said, "Get in the van, We're going to a camera store to buy cameras. The condition is, we start shooting today."
"But Jeff, I don't even have anything planned with locations or actors."
"Do you want the cameras?"
I already had one consumer camcorder, and Jeff purchased himself a couple more so we could shoot with three cameras, like the old Lucy TV show.
Fortunately, my actor friend Joe Gonzalez was home, had a 1920's fedora, and supported my creative impulses before, appearing in two of my stage plays at Stella Adler Theatre. We shot from an aerial view of Joe (what Scorcese calls the "priest's view shot") sitting at a desk narrating about Aimee's 1926 disappearance. The hastily assembled shot remains in the film.
Our lighting was not a $1200 Lowell three light kit, but $48 worth of Home Depot lights and stands that we reconfigured to be radio equipment later in the movie.
I'm often asked why I wanted to make the film. I believe "The truth shall set you free." The truth is that people with spiritual gifts, can often heal everyone but themselves. Aimee McPherson prayed for the healing of over 300,000 people. But she had two failed marriages, a breakdown, died of an overdose, and was not on speaking terms with her mother and daughter at the end of her life.
I worked as a minister meeting the needs of hundreds of others, but secretly I knew the depths of depression and despair. The higher I was exalted on a pedestal, the more isolated I became. The crippling mantle of religious leadership does not allow one to be human. By God's grace, and through my family and friends, I have turned my life around.
This movie came out of brokenness. Had I not been broken, I could not have made this film. Sister McPherson's story is a story of total grace, just like mine, and grace is what gives us sinners hope. As I made this story of a wounded healer, I received healing for my own wounds. I told my story by telling Sister Aimee's story , so the film is an allegory for my life and experience.
This movie is part of my amends for trying to fix the world without fixing myself. The film asks a question: Who heals the healer?

Richard Rossi's long-awaited feature dramatic film about an Elmer Gantryish con man evangelist who falls in love with a pure-hearted female faith healer is now in pre-production. The film will show the difference between the false and the true. Learn more about "Canaan Land," the website is now LIVE: http://www.gofundme.com/canaanland
CREATE YOUR LIFE
Richard Rossi's brand new book "CREATE YOUR LIFE:DAILY MEDITATIONS ON CREATIVITY" will guide you towards doing what you love and making money at it so you can escape your soul-killing day job. CYL is now available on Amazon in book form and Kindle.
STICK MAN
Richard Rossi has completed his first novel, a controversial coming-of-age story entitled "Stick Man." Stick Man is now a best-seller, and tells the story of an imaginative boy tormented by night terrors of a demonic monster named Stick Man, who he tries to overcome through faith, art, and the power of his first love, a girl he calls Angel. Stick Man tells the story of a journey from legalism to love. The novel is available at Amazon.com , and on Kindle, and at Barnes and Noble.
CLEMENTE
Director Richard Rossi's childhood hero was Roberto Clemente, the right fielder for the Pittsburgh Pirates who possessed a cannon arm and eagle eye. He died laying down his life on a mission of mercy to bring food and supplies to earthquake victims in Nicaragua.

We finished our unauthorized biographical film about the legendary hall of fame athlete. "Anyone who has seen the Great One play, remembers the grace, the regal magic of his basket catches, his throws from the outfield wall to home plate and his unothodox batting style," Rossi says. "He exemplifies the scripture, "Greater love hath no man than this, that he lay down his life for his friends."

And also is streaming at Vimeo HERE: https://vimeo.com/ondemand/baseballslasthero

We are raising the remaining monies for our new film "Canaan Land" at www.gofundme.com/CanaanLand  Support the arts. Make a tax deductible donation at GoFundMe or with check payable to "ETERNAL GRACE" and mail to: Eternal Grace, Attention: Richard Rossi, 5030 Whitsett Ave, Suite One, North Hollywood, CA 91607 Or donate by email by simply going to PayPal.com, and send donation to the email eternalgracechurch@yahoo.com

Check out the reviews and other pages of the site, and happy film making!

This is the official website of the feature film "Sister Aimee: The Aimee Semple McPherson Story" and the documentary film "Saving Sister Aimee." Both are available together at last in the Amazon "Richard Rossi 10th Anniversary of Sister Aimee" edition which includes bonus materials & remastering of the films.